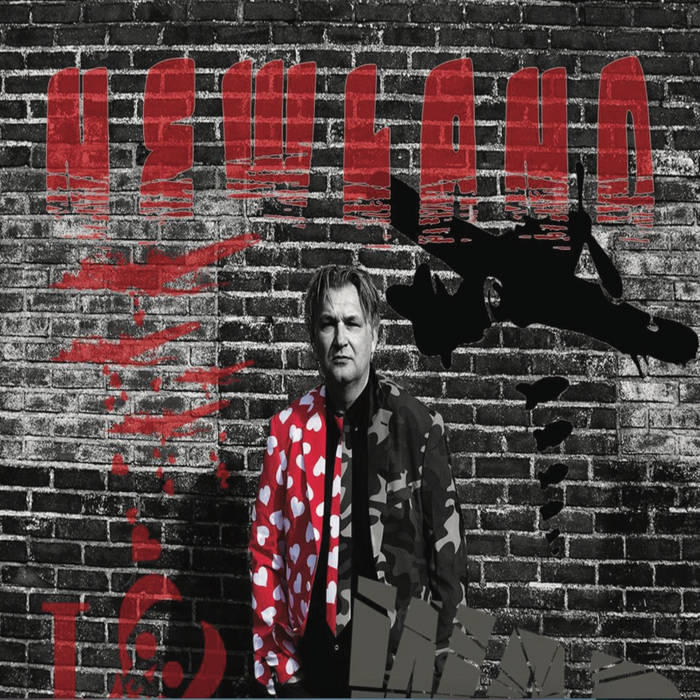 15 songs about love and war.

When I was on holiday in Normandy last year I was so impressed by all the battlefields, graveyards and invasion beaches that I started to think about making an album with the theme war. That’s when songs like “Names and numbers” and “The longest day” were written. But while writing and recording I found that war is never something that stands on it’s own. It’s always surrounded my human stories of courage, hope and love. So I decided to add those ingredients to the album and thought of the title “Love and war”. I always played in bands and I never worked all on my own. It was scary and awesome at the same time. I learned to work in my little studio and could work on one song or one songpart for days. I consider myself foremost a singer and songwriter, but I enjoyed playing all the other instruments too.

Newland is a Dutch musician and songwriter based in the north of The Netherlands. He did all the writing, composing and most of the recording by himself, and in april 2016 his debut album LOVE AND WAR was released. The single “The man who saved the world” reached number one in the dutch indie charts. September 2020 saw the release of his 5th album, Tomorrowland. ... more

Bandcamp Daily  your guide to the world of Bandcamp

Featuring appearances from Kari Faux, Bluestaeb and and interview with NY-bred artist Wiki